They say it takes 10,000 hours of study to become an expert at something.

I’ve studied thousands of hours of dating and relationship books, videos and courses and attended dozens of love and relationship workshops, seminars and webinars. Many of them were specifically for men on how to become more attractive, how to date and how to get a girlfriend—yes, how to get women.

I’ve interviewed hundreds of singles and couples about their date and relationship experiences.

More than all of that, I’ve practiced what I’ve studied.

I used to be pathetically shy, with self-esteem so low you could step on it. I was an awkward nerd around guys, and I got rejected a ton. But …

I figured out how to become confident, outgoing and magnetic to the opposite sex.

If you want to date the type of woman that you find super attractive and could fall in love with—the kind of girl you want a relationship with—I can help you become the Don Juan of your romantic comedy!

I started my studies early …

I grew up in remote Canadian logging camps in Western Canada with only lumberjacks, grizzly bears and trees for company. These were my formative years.

My sheltered childhood surrounded by filthy-minded, good-hearted “loggers” gave me early insight to the innate male mind. Naked-lady wallpaper was an influence. I had the foundation to think like a guy!

Because I’d lived an extremely sheltered early childhood—only 24 permanent residents in the camp including a handful of children—moving to a city with a population of 30,000 was terrifying.

I became crippled with shy, retreated within myself and avoided the world. Maybe this is something you can relate to?

Some other “bad shit” happened to me, which added to me developing severely low self-esteem. Again, maybe you went through some fucked up times, as well.

I won’t bore you—or traumatize you—with the details. (It’s all in my memoir—Me: A Rewrite—if you’re curious.)

Why do you care? Well, other than having boobs, I’m a lot like you.

When I grew up, despite having social anxiety, I went into real estate sales. (Real estate typically only involves dealing with one or two people at a time, which I could handle, though I avoided office meetings.)

After 20 successful years studying adult human behaviour (via sales), one practice marriage with a good man, and a few abandoned relationships with bad boys (more on that in a bit), I exited at the next off-ramp and switched gears. And careers.

In 2012, I traded in my saleswoman shoes for something more fulfilling: A Love Expert cape―Master Dater, Dating Coach and Matchmaker.

Side note: I received this awesome testimonial from a past real estate client …

“You gave me some advice years ago that helped me have better relationships, and now I’m getting married. I just wanted to thank you, Anna.” ~ Steve F.

But a new uniform and knowledge are only part of becoming a dating, love and relationship expert.

Practicing the craft creates mastery! I did a lot of “practicing.”

Here’s the Part Where I Was a Loser at Love

I’m embarrassed to mention the part at the beginning of my romantic comedy when I was tripping and falling (in lust) and getting supremely rejected. Yeah, that happened.

After high school ended, I eventually got a boyfriend! Yay, me!

He dumped me a couple months later for an older woman with three kids. Boo, me.

I used my early logging camp ed plus a lot of study and learned how to really “get” guys.

Why do you care?

Because I get you, dude. I learned what men want, and being a woman, I know what my crazy-ass gender wants from you.

I can show you how to “get” us. As in “understand us” so you can get a girlfriend.

But for me “getting” the guy wasn’t all it was cracked up to be. (Just like getting that hot chick you think you want might not be what you really, truly want.)

Sometimes, we’re so focused on who we think we want that we forget to stop and notice if we should want them.

I got every guy I thought I wanted—because, remember, I learned what men want—but, really, I was more interested in the idea of them or maybe the idea of knowing that I could get them. Whatever. They weren’t a right fit. And I was the common denominator.

So, I took a love sabbatical.

I went back to the books, workshops, seminars, therapy, meditation, Tapping® and hypnotherapy—you name it. Heck, I even went to Israel and prayed at the Wailing Wall!

I figured my shit out—how to get over shyness and low self-esteem and how to get the right guy—and now I wake up to love every damn day!

I can help you learn how to get a girlfriend and wake up irritatingly blissful, too—or just blissful enough while enjoying the melancholy bits—without having to fly across the world, eat hummus in the desert and pray to Baby Jesus.

If you want to know how to overcome social anxiety, gain confidence and get a girlfriend, my programs will help you find, attract and keep lasting love.

Are you ready to write your happy ending?

Instant Confidence “Talk To Her” Technique—FREE
This cheat sheet jump starts your confidence so you can start talking to women today.

Double Your Online Dating Training
Short-video training series plus PDFs to get you meeting women in the real cyber world.

WakeUP2Luv—Get A Girlfriend Guaranteed
Video training series designed to give you the step-by-step map to getting a girlfriend.

Personal Coaching
This is customized but generally gives you the what-to-do day-by-day, sometimes with a text play-by-play. One of my favourite coaching stories is here. 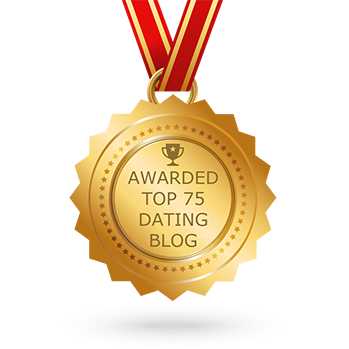