Why Do Women Shit Test Men?

Why do women shit test men? Great question! Another good question is about how to pass said shit tests.

First, let’s look at why women shit test to begin with.

The simplest answer to the question: Why do women shit test men? is that she needs to know if you have a backbone. If you can’t stand up to her, you won’t be able to stand up for her.

She needs to know that when the whole f’n town is burning down you’re going to go back and get her and not flee like a yellow-bellied coward.

Ok, for example, she knows you won’t abandon her in dire straits when she uses this shit test:

You’re at a party with your friends, and for whatever reason, she decides she wants to leave early. But you’re having a good time and want to stay. Your decision here determines — in her subconscious mind — whether or not you’re the kind of guy who’ll go back to the burning building for her. 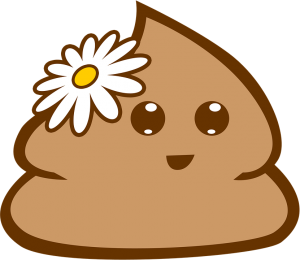 If you choose to stay with your friends at the party instead of first making sure she gets home safe, you’re the kind of guy who she thinks of as selfish with an every-man-for-himself attitude.

But if you leave with her and make sure she gets home safely — even if you go back to the party later — then you’re the kind of man who might put the relationship first when it comes to crunch time.

A man who proves himself loyal in small ways can be counted on when it comes to the stuff that really matters later on.

How to Pass The Shit Test

You’ve got to develop your character as a man.

If you’re the selfish type, then you’re going to wind up with women whom you don’t respect because they’re the ones who’ll put up with your lack of integrity.

And by “put up with,” I mean that they’ll fight with you so that you develop the integrity they need, but they won’t necessarily leave you. And that’ll suck.

So how do you develop integrity?

Think about men who you know and who have integrity. Imagine how they would handle the situation — whatever situation it is.

If you don’t know anyone personally who embodies the integrity you respect, find mentors who are public figures.

Passing a shit test does not mean agreeing with everything a girl says or does! Hell, no. Being a pushover will land you in the friend zone, my friend.

But it’s how you handle the situation that counts.

Going back to the example above: You might tell her that you want to stay at the party, but you’ll make sure she gets home safely by driving her there or getting a taxi and escorting her to it. Only then go back to the party. (Mega note: If you arrived together, you’ll score bigger points by cutting your party losses and skipping the rest of the party. Sorry, dude, life is full of tough choices.)

Telling you “it” doesn’t matter when “it” really does. Whatever “it” is, a woman is seeing how in tune to her real feelings you are.

Yep, this is totally unfair because men aren’t mind readers. Women mistakenly and, through innocent ignorance, assume men are as intuitive and sensitive as women are. 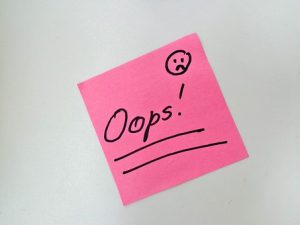 You and I know that’s not true, but women really do think you share this super power that we are innately born with.

The best way to handle this shit test is to put it on the table.

If she says it ain’t no biggy after you say something to that effect, then in my book, you’ve got the green light to trust what she says. You’ve put forth your disclaimer — that you’re a man and that you’re giving her a chance to be honest and say that it does matter.

A woman must take her share of responsibility for effective communication.

If you’re kind, loving, and respectful but don’t fold like a paper napkin, she may not like it in the moment, but she’ll respect you and trust you. Congratulations, you just passed the shit test.

Get used to the shit test. It’s been around for eons and it ain’t going away. Try to think of it as an intellectual video game. The more points you tally, the more likely you’ll win the big prize — her.

p.s. Guess what? My GET A GIRLFRIEND course is 50% off for November. I shit you not! On checkout, use coupon code: Movemeber. (If it’s not November when you read this post, sorry, dude, sales over, but buy it anyway, because you’re worth it.)

I had no idea about this test and what it meant. It’s one to put in my back pocket for next time I’m faced with the shit test. Thanks much!

Glad it helped, Monty! Once you understand why women think the way they (we!) do, it makes it much easier to develop a win-win win-her strategy!