The Shit-Test vs Teasing vs Flirting

Handle the Shit-Test. Get Over Teasing. Have Fun Flirting.

After watching one of my videos on why women shit test men, one of my viewers asked a question about how to get over being teased.

I just watched 1 of your YouTube videos on shit-testing, and it really rang true. I’ve viewed other videos on this topic but none of them mentioned the ‘to see if you have a backbone’ angle, which feels true to me.

I consider myself a fairly confident guy who is courageous and has integrity, but was also pretty shy as a kid and got teased a decent amount, particularly by girls (and not in the nice way).

Anyway, long story short, teasing bugs me, and I was wondering if you had 1 or 2 tips you about how to handle/overcome being teased.

Before we discuss how to get over being teased, let’s look at the difference between being shit tested, being mean teased and being flirted with …

The Shit Test is when a woman (or man) consciously or subconsciously (usually) tests the other person to see how he (or she) will react.

Often it involves actively aggravating the person of our attention or exaggerating our reactions to something they’ve said or done.

Why Do Women Shit-Test?

Don’t get pissy that women shit test. We need to. It’s how we determine sooner rather than later whether you’ve got the balls to stand up to us — which we need and respect, even if it doesn’t seem like it.

You ask her to get together and she says yes, but then cancels three times in a row. She might be busy or unorganized or had her cat run over.

Or she might be shit testing you to see how much she can get away with. (Again, this is usually not done consciously.)

How to Handle This Shit Test

It should never get to a point where she’s jammed on you three times. 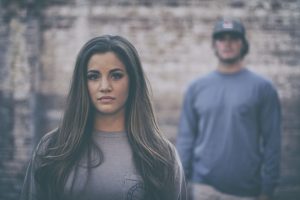 That says you’re a pushover. Once is understandable, but three times?? Dude, go down to the Joke Shop and grab yourself a pair. (See if they also carry Eau de Self-Respect, too.)

Ideally, after she cancels the second time (or possibly after the first time if it was a last-minute cancellation), you’d text — or tell if you can say it with cocky bravery and without stammering — her this:

Ok, little bird, I’ll let you fly on this one, but if you ditch again, you’re going to get a spank 😉

You’re not being a cat’s butt hole, but you are showing backbone. The message is playful, has a hint of sexual innuendo, and let’s her know that her behaviour is noted and unacceptable. #BackboneBaby 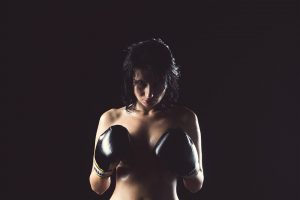 Mean teasing is when the person — male or female — is purposefully trying to antagonize us. This often comes in the form of ribs, jibes, sarcasm and laughter directed at us, not with us.

Mean teasing comes with the intent to make us feel uncomfortable and insecure.

Why Do People Mean Tease?

Interestingly enough, people who mean tease others are actually the ones who are insecure!

And because they feel “less than” themselves, they try to bring others down as a way to feel better about themselves. It may seem to work at the time, but it doesn’t work at a deeper level. They just go home disliking themselves more, even though they’ll never admit that.

Why Teasing Bothers Us

The short answer is that we want people to like and respect us.

The longer answer is that at some point in our life we learned that it feels better when people like us. We realized that it wasn’t safe to voice our true preferences (about whatever), and we’ve become people-pleasers as a result.

There could be a little bit of nice-guy syndrome in there, which is a much longer answer you can find in this post here.

How to Handle Mean Teasing

If someone is teasing you and trying to make you feel uncomfortable, embarrassed or like a loser:

If the mean teaser doesn’t stop, it’s OK to walk away from the situation. They’re the one that has to wake up to themselves every day, but you don’t have to be around them.

Obviously, flirting is when we tease with the intention of winning affections from the object of our desire.

Often flirting seems similar to teasing. The difference is in the flirter’s intention.

People flirt to let their love interest know that he or she is seen in a sexual way and not just as a buddy. 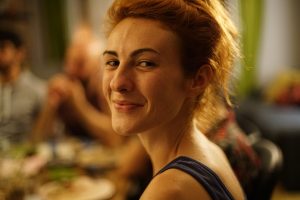 The difference between the friend zone and the lover zone is sex; therefore, sexual tension is required, hence flirting!

Some people don’t know how to flirt in a way that effectively communicates sexual interest while also being kind and empowering to the person we want to bump nasties with.

The best way to flirt without ill effect is to focus on a trait we actually admire in the other person. Then we tease the person about that trait in a way that could not be mistaken as a dis.

Hint: The use of crooked half-grins and “I-know-something-naughty-about-you” sparkly eyes work equally well for men and women! (Yes, even though you may know nothing, John Snow.)

Of course, if we’re sensitive to teasing, we’ll still have to check our feelings and figure out if she is really flirting or possibly mean teasing. Again, it’s not only OK to ask, but it’s kind of sexy to have the guts to.

Hope this helps! If it did, don’t be shy about leaving me a review on Yelp or Google! That helps me out. Win-win!

FREE WINGMAMTV: www.youtube.com/wingmamtv
Ask a question in the comments and I might do a blog for you!

Ways you can help others and make money:

Have my blogs, videos or programs helped you?

Ways you can help me:

Buy my memoir (Me: A Rewrite)
Donate the value of latte — or Lexus 😉 Hey, I’m easy! (But not really.)
(Note: I keep donors’ names confidential so I’ll thank you here — THANK YOU!!)

You are awesome possum! Love is the answer, people!!