What Women Want from Men

Aka What Turns Women On

What women want from men is an age old question that has driven poets, scientists, artists, writers, and others to put their energy and talents into expressing it in their own way. Even Dr. Sigmund Freud could not answer it. Am I going to or attempt to answer what Dr. Freud could not? Yes.

If anyone searches online for what women want from men, the most likely answers will be along the lines of chivalry, complimentary, attentive, faithful and respectful. You can’t disagree that being a nice person helps, but these answers fail to address the fundamental traits of women that make them a woman.

So, in my view, what do women want from men?

They want a man―“man” as define by these characteristics:

Being masculine for a man starts with himself. As Osho put it, “How can you love others when you cannot love yourself?” Being self-accepting and self-respecting is the biggest part of being a masculine man.

Women can intuitively sense what a man thinks of himself when he walks up to her or when in relationship with him. And women have evolved to follow a man’s lead. The vast majority of women want to relax and give in with a lover.

The more masculine a man, the more polarity he brings to his woman.

Women want a man who has come to a point in his life where he does not have to look over his shoulder concerned with what others think of him. That is very masculine.

A masculine man has a sense of direction in his life, and no woman can cause him to waver him from this path.

His life’s enjoyments don’t come from a woman, although yes, she adds flavour to his life.

The reason that some men think women are untrustworthy and deceitful is because they don’t expect women to behave like women. Men cause some of this behaviour in women.

Appreciation for women is what women want in men as it allows women to be true to their nature in the company of those men.

Many women complain about the male ego. The root of the male ego comes from a lack of understanding about women in general and, hence, lack of appreciation for them. Women bathe in the presence of a man who loves the female spirit.

Prepared to take the lead

Have you ever heard a woman say, “Why didn’t he make a move?” Women are disappointed in men who are not prepared to lead from the beginning to deep into relationship. 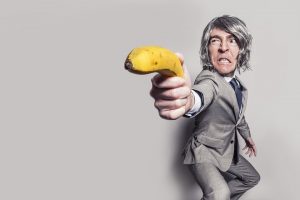 I don’t know why this is so, but leading is one way of being a man. No woman wants to be with a man who hides in a room if a burglar has entered their house and asks his wife to check on the burglar.

From asking women on dates to planning a vacation, women want men to lead. Yes, they want to be asked about their opinions but making a decision and then taking responsibility is the nature of a man.

Genuinely curious about her

Women are absolutely smitten by a man who genuinely wants to know about her, which includes anything from her love for flowery dresses to her way of looking at the world. Women fall madly in love with a man interested in her as an individual.

Many men inquire about a woman’s family and her dreams, and so on, but the inquiry is laden with hidden agenda―getting into her pants. That is not curiosity. Women want a man who loves her for her.

These four characteristics are essential for a man to be desired by a woman in the context of a heterosexual relationship.